On International Women’s Day, tune in to a discussion with Secretary of State Antony J. Blinken in honor of Women’s History Month.  The Secretary, along with Executive Women @ State (EW@S), will host a virtual roundtable to recognize and acknowledge the contributions of female employees—past and present—and demonstrate the Administration’s commitment to Diversity, Equity, Inclusion, and Accessibility (DEIA), while highlighting tangible actions the Department is undertaking to support these values.

EW@S is a Department of State-recognized employee affinity group that brings senior executive-level career personnel together with the next generation of potential leaders.  The mission of Executive Women @ State (EW@S) is to promote, support, and mentor women for senior leadership positions in the Department.

Alison Dilworth is the Director of the Office of Children’s Issues at the U.S. Department of State. She is from Illinois and joined the U.S. Foreign Service in June 1997.  She has served in Asuncion, Jerusalem, Cairo, Warsaw and, most recently, in Abu Dhabi as the Economic Counselor.  She has held domestic positions in the Secretary of State’s Operations Center and the Office of Overseas Citizens Services in the Bureau of Consular Affairs. 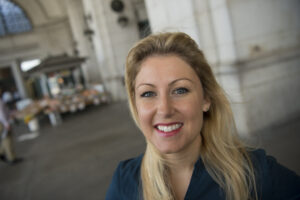 Christalyn Steers-McCrum serves as a data scientist and program manager in the Office of the Global AIDS Coordinator (S/GAC).  She is an EW@S Board Member and Co-Chair of the Issues Committee.  She also serves as Co-Chair of the S/GAC DEIA Committee. She joined the Department as a Presidential Management Fellow in early 2017 and served on details in the State Bureau of Counterterrorism and Bureau of International Narcotics and Law Enforcement, as well as at the Department of Defense working on human rights.  She also interned at the US Mission to the United Nations.  Before joining the State Department, she worked as a policy analyst for the Women’s City Club of New York and spent a few years in India and South Korea working in the non-profit realm and teaching English. She has a Master’s in Public Administration from NYU and bachelor’s degrees in philosophy and International Relations from Seattle Pacific University.  She lives with her husband, kid (soon to be kids), cats, and snake in Capitol Heights, Maryland. 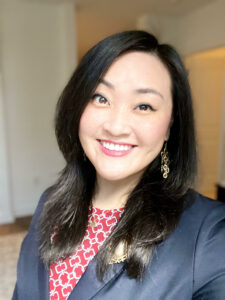 Tian Song joined the U.S. Department of State as a Foreign Service Generalist in 2021.  Tian is currently a Management Affairs Officer in training at the Foreign Service Institute.  Tian brings over twelve years of experience in global operations management and international educational exchange.  Prior to joining the Foreign Service, Tian led diverse teams in China and the Dominican Republic with CIEE: Council on International Educational Exchange and more recently with Amerigo Education in Minneapolis, MN.  During her tenure, Tian worked to promote equitable access to study abroad programs and cultivated intercultural engagement for over 5000 study abroad participants.  She is the 2020 recipient of the University of Pennsylvania Graduate School of Education Recent Alumni/Early Career Award of Merit and served as a volunteer leader on the Diversity and Inclusion Subcommittee for NAFSA: Association of International Educators.  Tian holds a bachelor’s degree in English (High Honors) with a minor in Piano Performance from Vanderbilt University and a master’s degree in Higher Education Management from the University of Pennsylvania.  She loves exploring new cities and cultures through travel, food, music, languages, and the arts.  She speaks Mandarin, Spanish, Bulgarian, and basic French.  Tian is excited to start her first assignment in Sofia, Bulgaria and will be joined by her family and rescue dog, Coco. 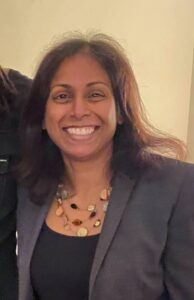 Anu Prattipati is the Political and Economic Counselor at the U.S. Embassy in The Hague.  Prior to that she was a Deputy Office Director in the Office of European Union and Regional Affairs at the Department of State.  As deputy she covered European economic issues, including trade, macroeconomic issues, sanctions, energy, digital and privacy issues, and science and technology.  Prior to her assignment in EUR, Anu served as the Deputy Office Director on the Pakistan Desk from 2016-2018, overseeing political and political military affairs.  She has also been posted to U.S. Embassies in Pakistan, Nigeria, and China.  In addition to these overseas assignments, Ms. Prattipati served in the State Department in the Office of the Under Secretary for Political Affairs, the Operations Center, and the Bureau of Economic and Business Affairs. She graduated from Georgetown University with a B.A. in International Business and received an MBA and M.A. from The George Washington University in International Business and International Trade and Investment Policy. 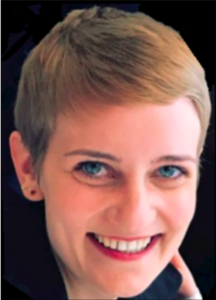 EW@S Board Member Alayna James is an Attorney-Adviser in S/OCR, where she helps manage the Department’s Anti-Harassment Program. She joined the Department in 2019, after clerking for a federal judge at the U.S. Court of Appeals for the Armed Forces.  She previously interned at multiple federal agencies, working primarily in criminal law.

Alayna attended The George Washington University Law School and Central Connecticut State University.  She lives with her husband and daughter in Connecticut. 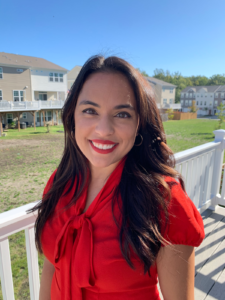 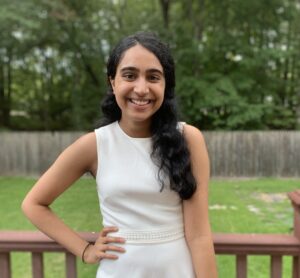 Radhika Seshadri is a junior at Wellesley College double majoring in Political Science and Women and Gender Studies.  She is currently serving as a Virtual Student Federal Service (VSFS) intern with Executive Women@State where she helps advance the organization’s goal to support women’s careers at the State Department.  Radhika works as a Writing Tutor at Wellesley’s Learning and Teaching Center and serves as Co-President of Wellesley’s chapter of She’s the First, a non-profit organization dedicated to tackling global gender inequality. Previously, Radhika assisted with faculty-led research both at Wellesley and U.C. Berkeley, served as a volunteer tutor for an elementary-aged public-school student and worked as a summer intern at Harvard Law School’s Legal Services Center.  After graduating from college, Radhika hopes to attend law school and pursue a career within public interest law.