I3: Influence, Identity, and Impact on a Global Scale

The Department of State recognizes that diversity and representation are key to achieving U.S. foreign policy objectives.  Like the many diverse communities that make up America, American Sign Language (ASL) users – and users of other signed languages – are not only welcome in the Department of State, but also critical to advancing American diplomacy around the world.

Panelists will highlight the experiences and contributions of Deaf and hard of hearing employees as well as how individuals can have rewarding Foreign and Civil Service careers.  ASL interpretation and captioning will be available for the Sign@State Symposium. For additional information, contact PublicOutreach@state.gov

Antony J. Blinken is the 71st U.S. Secretary of State. He was nominated by President Biden on November 23, 2020; confirmed by the U.S. Senate on January 26, 2021; and sworn in by Vice President Kamala Harris the following day.

Ambassador Gina Abercrombie-Winstanley, a 30-year diplomat, is the Chief Diversity and Inclusion Officer for the Department of State and was the longest serving U.S. Ambassador to the Republic of Malta. 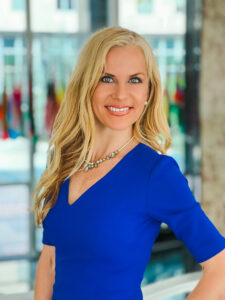 Roberta Mather is a career Civil Servant with the Department of State.  In her current role Senior Advisor for Employee Communications in the Department of State’s Bureau of Global Public Affairs, she oversees the strategy and delivery of employee messaging to the Department’s over 75,000 employees worldwide.  Roberta’s work with the Department has ranged from marketing and graphic design to logistics coordination, project management, and policy amplification.  Immediately prior to her current role, she served as acting Deputy Director for Global Publishing Solutions, the Department’s design and publishing arm.  Roberta is a proud alumna of Rochester Institute of Technology where she studied Professional Technical Communication, Information Technology, and Business Marketing. 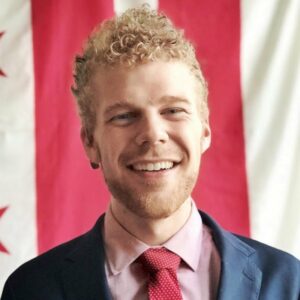 Robb Dooling has worked as a Technical Editor (Intelligence) at the U.S. Department of State since 2017. He edits State Department analysis and covers all countries and all issues in his exciting and fast-paced job. Robb also travels to World Federation of the Deaf events to interview Deaf people from other countries and inform the efforts of the State Department Bureau of Democracy, Human Rights, and Labor to advocate international disability rights. Outside of work, Robb enjoys biking and hiking around the DC area. In DC, Robb lives near Mozzeria, DC’s Deaf-owned and Deaf-operated pizza restaurant on H Street Northeast. Robb loves volunteering to support small businesses, green spaces, and walkability in his neighborhood as well as all of DC. 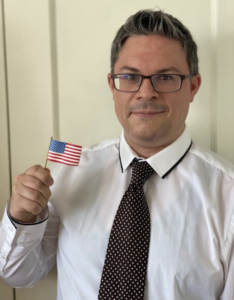 Doug Surette is a Foreign Service Specialist working in the State Department’s Bureau of Information Resource Management, Cyber Operations Directorate. As an overseas East Asian and Pacific Bureau Information Security Liaison, he tracks current trends, coordinates cyber incident responses, and advises overseas posts on best practices that are unique to each country.  He has served in Manila, Philippines; Chisinau, Moldova; and Dublin, Ireland.  Doug has given talks on social engineering, cybersecurity, and is involved in artificial intelligence research. Although he is a Boston native, when not in the office he is typically found enjoying the sunny sands of San Diego, California. 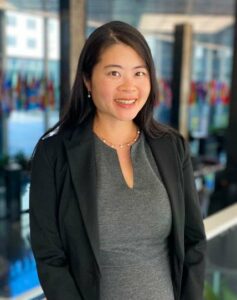 Arisa Nakamori serves as a Human Resource Specialist/International Compensation Manager for the State Department since 2009.  She strives to recruit and retain most diverse talent and supports the Locally Employed Staff at the Missions worldwide.  Arisa received her Bachelor’s degrees in International Relations and East Asian Studies at University of California – Davis and a Master’s degree from the George Washington University, School of International Affairs.  Arisa speaks Japanese and Japanese Sign Language.  She was born in California and raised in Japan.  In her free time, she enjoys doing yoga, hiking and volunteering for a non-profit organization, the Greater Washington Asian Deaf Association in the DC area. 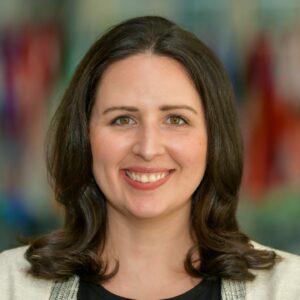 Mandy McCarthy is the multimedia editor of State Magazine—the flagship monthly periodical of the U.S. Department of State. A Department employee since 2012, Mandy has served in various roles lending her expertise in communications, outreach, graphic and web design, and multimedia production. From 2014-2016, she served as the communications and outreach chair for the Department’s employee affinity group, the Disability Action Group. She has experience with Schedule A hiring, the Department’s talent database, and recruitment of individuals with disabilities. A proud cochlear implant recipient, Mandy volunteers by sharing her lifelong experience with hearing loss with other potential cochlear implant recipients and local hearing loss professionals. 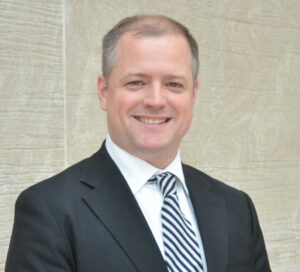 Christopher Brown is currently acting as the Chief for the Disability & Reasonable Accommodations Division (DRAD) for the Office of Accessibility & Accommodations (OAA), the Department’s centralized office on providing reasonable accommodations services to employees with disabilities. He has worked as a policy/program analyst for OAA since 2016, and prior to that, he worked as an accessibility specialist for the Disability Rights Section at the U.S. Department of Justice’s Civil Rights Division. He received his MA in Public Administration from George Washington University in 2008 and a BS in Criminal Justice from Rochester Institute of Technology (RIT) in 2000. 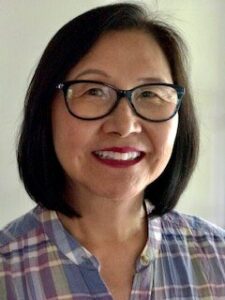 Jae Chung serves as the Selective Placement Program Coordinator (SPPC) in the Office of Accessibility and Accommodations. She joined the office in February 2019. She is a senior Human Resources professional with expertise in staffing, recruitment and classification. She has served in the Foreign Service as an Eligible Family Member (EFM) within the EAP and EUR bureau. From 2006-2008, she served an LNA (Limited Non Career Appointment) tour as the Fraud Prevention Chief in the Consular Section of American Embassy Seoul, Korea.

She has served in the bureaus of WHA, HR, S, CA, NEA-SCA and FSI. She has wide-ranging HR expertise to address challenges and meet client needs including employee relations and benefits. 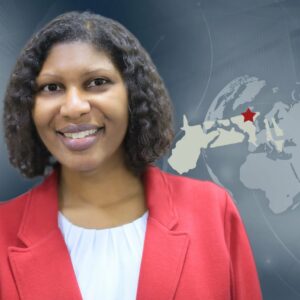 Dr. Kerney is a proud alumna of Howard University from which she earned undergraduate, graduate, and doctoral degrees in music history and literature, and religious studies.  Before joining the Foreign Service, she served as a music historian at the United States Library of Congress.

Close Tabs
Close out of the windows you’re not using.

Clear your Cache
Go to your History and Clear Browsing Data.

Restart your Computer
Close out and restart.