United with Ukraine: Russia's War of Choice and Why Ukraine Matters to Europe

The “United with Ukraine” virtual speaker series is hosted by the U.S. Department of State in cooperation with Meridian International Center. The series seeks to deepen discussion and understanding on:

3) reaffirming the benefit and value of democratic principles and institutions; and

Join Julia Friedlander, Ambassador Daniel Fried, and Dr. Margarita Balmaceda to discuss why Ukraine matters to Europe and the political, economic, and energy costs to conflict. 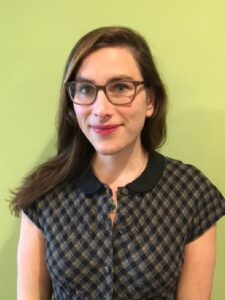 Julia Friedlander is the C. Boyden Gray senior fellow & director of the Economic Statecraft Initiative in the GeoEconomics Center. Ms. Friedlander served as senior policy advisor for Europe in the Office of Terrorism and Financial Intelligence at the U.S. Department of the Treasury from 2015-2017 and from 2019-20, where she collaborated with EU partners on global sanctions policy and combatting illicit finance. She also served as a macroeconomist in the Europe Office in Treasury’s Department of International Affairs.

From April 2017 to July 2019, Julia was detailed to the White House as the director for the European Union, Southern Europe and Economic Affairs at the National Security Council, charged with coordinating U.S. interagency policy on transatlantic relations and the European Union and staffing the national security advisor on European engagements. Her work encompassed all aspects of security and economic relations, but focused on trade, financial policy, and investment security.

Before joining the Treasury in 2015, Julia held multiple analytical positions within the Central Intelligence Agency, focusing on global economic stability and energy security.

Julia is a Young Leader of the Munich Security Conference and the Atlantik-Brücke.

Julia holds a B.A. in European History from Princeton University, where she wrote her senior thesis on the historical and economic origins of the European Union, and an M.A. in International Economics and International Relations from the Johns Hopkins School of Advanced International Studies (SAIS). Before graduate school, she spent two years in Berlin on a fellowship from the German Academic Exchange Service (DAAD), working on European security and energy issues at the German Council on Foreign Relations and German Marshall Fund. She speaks French and German fluently, and has working knowledge of Russian. Julia lives in Washington with her husband Oliver Bose, a software architect from Berlin. 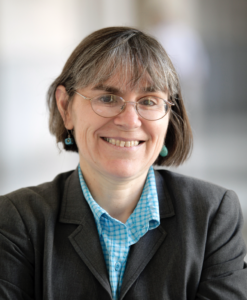 Professor of Diplomacy and International Relations at Seton Hall University

Margarita M. Balmaceda  is Professor of Diplomacy and International Relations at Seton Hall University. Concurrently, she is an Associate at the Harvard Ukrainian Research Institute (HURI), and heads the Study Group on “Energy materiality: Infrastructure, Spatiality and Power” at the HWK Hanse Wissenschaftskolleg (Germany).  Her research analyzes the connections between natural resources, international relationships and political development, with a special expertise in energy politics (oil, natural gas, coal, nuclear, renewables), steel and the metallurgical sector in Ukraine, the former USSR, and the EU. Capitalizing on her Ukrainian, Russian, Hungarian and German skills, in addition to her native Spanish, she has conducted extensive research in Ukraine, Russia, Belarus, Lithuania, Moldova, Hungary, Germany and Finland. This work has been supported by, among others, a Marie Skłodowska–Curie Fellowship from the European Commission, a Woodrow Wilson Fellowship, and three Fulbright awards.

Her new book Russian Energy Chains: the Remaking of  Technopolitics from Siberia to  Ukraine to the European Union (New York: Columbia University Press 2021) analyzes how differences in the material characteristcs of different types of energy can affect how different types of energy may be “used” as sources of  foreign and domestic power. Other books include: The Politics of Energy Dependency: Ukraine, Belarus and Lithuania Between Domestic Oligarchs and Russian Pressure (U. of Toronto Press, 2013), Living the High Life in Minsk: Russian Energy Rents, Domestic Populism and Belarus’ Impending Crisis (CEU Press, 2014), and Energy Dependency, Politics and Corruption in the Former Soviet Union (Routledge, 2008). During  her 2021 sabbatical she was Petro Jacyk Distinguished Fellow in Ukrainian Studies at HURI, where she conducted a project on “Mariupol between Oligarchs, Russian Aggression, and Global Metallurgical Markets.”

Her education includes a Ph.D. in Politics from Princeton University, Post-doctoral training at Harvard University, and ongoing training on metallurgical technology through courses at the World Steel University. 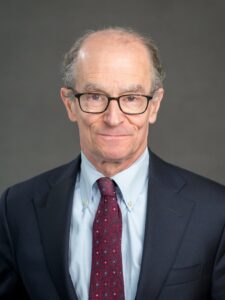 In the course of his forty-year Foreign Service career, Ambassador Fried played a key role in designing and implementing American policy in Europe after the fall of the Soviet Union.  As Special Assistant and NSC Senior Director for Presidents Clinton and Bush, Ambassador to Poland, and Assistant Secretary of State for Europe (2005-09), Ambassador Fried helped craft the policy of NATO enlargement to Central European nations and, in parallel, NATO-Russia relations, thus advancing the goal of Europe whole, free, and at peace.  During those years, the West’s community of democracy and security grew in Europe.  Ambassador Fried helped lead the West’s response to Moscow’s aggression against Ukraine starting in 2014:  as State Department Coordinator for Sanctions Policy, he crafted U.S. sanctions against Russia, the largest U.S. sanctions program to date, and negotiated the imposition of similar sanctions by Europe, Canada, Japan and Australia.

As Polish Desk Officer in the late 1980s, Fried was one of the first in Washington to recognize the impending collapse of Communism in Poland, and helped develop the immediate response of the George H.W. Bush Administration to these developments.  As Political Counselor at the U.S. Embassy in Warsaw (1990-93), Fried witnessed Poland’s difficult but ultimately successful free market, democratic transformation, working with successive Polish governments.

Ambassador Fried also served as the State Department’s first Special Envoy for the Closure of the Guantanamo (GTMO) Detainee Facility.  He established procedures for the transfer of individual detainees and negotiated the transfers of 70 detainees to 20 countries, with improved security outcomes.

Ambassador Fried is currently a Weiser Family Distinguished Fellow at the Atlantic Council. He is also on the Board of Directors of the National Endowment for Democracy and a Visiting Professor at Warsaw University.

Dan Fried has been married to Olga Karpiw since 1979; they have two children (Hannah and Sophie), and are the besotted grandparents of Ava Helen and Zora Fried Hanley.