The Asian American Foreign Affairs Association (AAFAA) is an officially recognized Employee Organization (EO) composed of Civil Service and Foreign Service employees, fellows, contractors, interns, and retirees at the U.S. Department of State with the mission to improve recruitment, outreach, and professional development of Asian American, Native Hawaiians, and Pacific Islander (AANHPI) officers. Established in 1981, AAFAA is made up of over 900 employees serving domestically and overseas. AAFAA supports the Department’s Equal Employment Opportunity mission and diversity, equity, inclusion, and accessibility initiatives through its annual leadership dinner, May AANHPI Heritage Month celebrations, and professional development, mentoring, and networking events.

Founded in 2009, the South Asian American Employee Association (SAAEA) is one of the Department’s officially recognized EOs and is made up of over 300 Civil and Foreign Service Officers, contractors, and interns. SAAEA’s mission is twofold: enhancing recruitment, retention, and promotion of South Asian Americans and raising cultural awareness of the region to support U.S. foreign policy priorities. SAAEA highlights the contributions of its members, builds internal and external networks, and fosters professional development. SAAEA’s proud celebration of South Asian culture has also led to positive press coverage from the region and contributes positively to bilateral relations. In early 2021, SAAEA launched the first EO mentorship program with AAFAA and the Hispanic Employee Council of Foreign Affairs Agencies, beginning with over 100 Foreign Service Officers and Specialists. SAAEA is a strategic partner with the Department to promote a culture of diversity, equity, and inclusion. 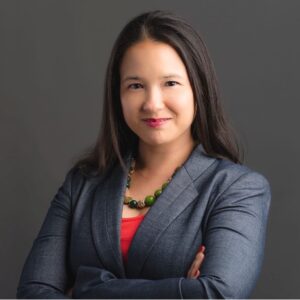 Liz is a public diplomacy-coned Foreign Service Officer serving as Acting Deputy Director in the East Asia and Pacific Affairs Bureau’s Office of Multilateral Affairs.  Liz previously served two tours in the Bureau of African Affairs as Special Coordinator for the Young African Leaders Initiative and Assistant Cultural Coordinator, and as a Press Officer in the Bureau of International Narcotics and Law Enforcement Affairs.  Her overseas assignments include Taiwan and the Philippines.  Liz holds an MA in International Affairs at the University of California, San Diego and a BA in Political Science from the University of Florida.  Prior to the Foreign Service, she served as an AmeriCorps volunteer at Washington, DC-based NGO Asian American LEAD.  As an Asian American, she appreciates the benefits of living with her in-laws, including childcare assistance and homemade Taiwanese food! 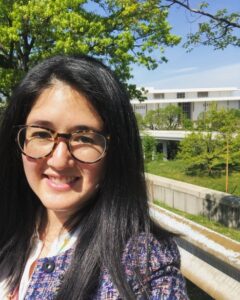 Elizabeth (Liz) Jones is a Public Diplomacy Officer currently working as an Information Officer in the Bureau of East Asian and Pacific Affairs covering China and Taiwan. Liz joined the Foreign Service in 2010 and has served in Hyderabad, India, Taiwan, Chengdu, China, and Singapore. Before joining the Foreign Service, Liz worked as an education consultant in China. She graduated from Middlebury College with a bachelor’s degree in Chinese language and literature. Liz’s husband is also a Foreign Service Officer, and they have two children, two Chinese cats, and an Indian dog. 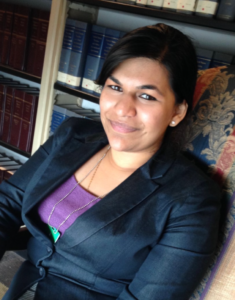 Moshtayeen Ahmad is the Director for Resilience and Good Governance in the Development, Global Health, and Humanitarian Response Directorate at the National Security Council (NSC). She is a detailee from the State Department where she most recently was the South and Central Asia Team Lead in the Bureau of Conflict and Stabilization Operations. Previously, she served as Acting Deputy Director and Burma lead on the East Asian and Pacific/South and Central Asian Affair team (CSO/EAP-SCA). She graduated the Presidential Management Fellowship in June 2018. Since joining CSO in 2016, Moshtayeen completed long term rotations at Embassy Rangoon, Embassy Tirana, and the U.S. Trade Representative. Moshtayeen is also the President for the South Asian American Employees Association. 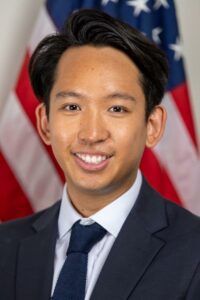 Tenzin is a first-tour Economics-coned Foreign Service Officer and Tibetan American from Boston, MA.  He is currently in Vietnamese language training for a consular tour at Embassy Hanoi next June.  A Rangel Fellow, Tenzin earned an M.A. in International Affairs and a Graduate Certificate in Chinese Studies from Columbia University SIPA and the Weatherhead East Asian Institute, respectively.  Prior to the Foreign Service, he was a Fulbright research grantee in Seoul, South Korea and earned dual B.A. degrees in political science and Chinese from the University of Massachusetts Amherst.  Tenzin is an avid tennis player. 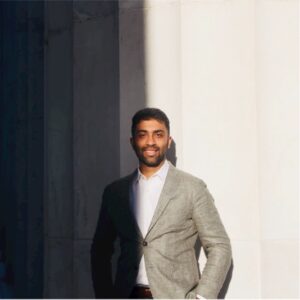 Waleed Hashmi is a civil servant in the Bureau of South & Central Asian affairs, serving on the Political Unit of the Pakistan Desk.  He previously served two years in the Office of India, Nepal, Sri Lanka, and Bangladesh Affairs, advancing the Indo-Pacific Strategy and supporting economic development initiatives for communities in South Asia.  He will start a doctoral degree in International Affairs this fall at Johns Hopkins SAIS, focusing on U.S. grand strategy.  Waleed is a Pakistani-American, fluent in Urdu and Hindi, and loves everything U.S.-Pakistan related! 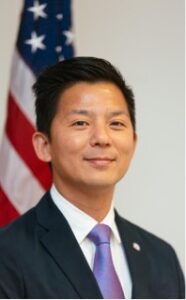 Andrew Ou assumed his current position as Bhutan Unit Chief at the U.S. Embassy in New Delhi, India in August 2021.

Since joining the State Department in September 2001, Mr. Ou has served as a Consular Officer in Kingston, Jamaica and Hong Kong; South Korea Desk Officer at State Department headquarters; diplomatic exchange fellow covering India and Pakistan at the Japanese Foreign Ministry; Political Officer at the U.S. Embassy in Tokyo, Japan; Public Affairs Officer at the U.S. Consulate General in Chengdu, China; Deputy Director of the Office of Taiwan Coordination in Washington DC; Assessor at the State Department’s Board of Examiners; and Deputy Foreign Policy Advisor at the U.S. Indo-Pacific Command. He is the recipient of multiple individual and group State Department Superior and Meritorious Honor Awards, as well as the 2021 Robert D. Murphy Senior-Level Foreign Policy Advisor (POLAD) of the Year Award.

Mr. Ou speaks Korean, Japanese, and Mandarin Chinese. He was born and raised in Seoul, South Korea; attended secondary school in Pensacola, Florida and Nairobi, Kenya; and obtained his Bachelor’s degree in international politics at Georgetown University. After working in the Japanese public service and education sectors for four years, Mr. Ou completed a Masters degree in East Asian history at the University of Hawaii in Honolulu, Hawaii, where we was also an East-West Center Fellow.