Black Renaissance: Strengthening Bridges Between the African and Diaspora Youth

Join us on Thursday, December 8 at 8:00 AM EDT for a live, interactive program on “Black Renaissance: Strengthening Bridges Between the African and Diaspora Youth.”

In advance of the U.S.-Africa Leaders Summit taking place December 13-15, 2022, in Washington, DC, the U.S. Department of State will host a virtual panel that will highlight and amplify the voices of youth in Africa and the Diaspora who are actively strengthening and advancing the U.S.-African relationship on topics like youth and diaspora, music, culture, climate change, business, health, and more. 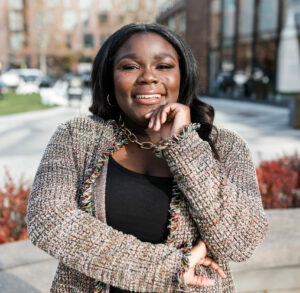 Moderator: Afua Riverson, Digital Media Advisor, Bureau of African Affairs
Afua Riverson currently serves as the Digital Media Advisor for the Bureau of African Affairs at the U.S. Department of State, where she provides expert analysis, technical guidance, and training in digital and social media to public diplomacy practitioners at U.S. Embassies across Africa. Through her passion for storytelling, she’s helped organizations build and strengthen their social media strategy in order to create action-oriented and memorable content and campaigns for target audiences of diverse cultural backgrounds. Afua is the daughter of Ghanaian immigrants and proudly celebrates her heritage. She obtained her bachelor’s degree in Political Science from Virginia State University and her Master’s degree from George Mason University in Public Policy. 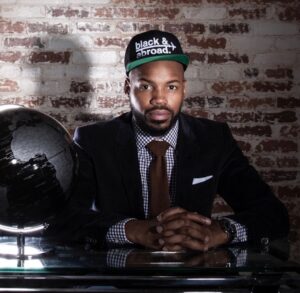 Eric Martin, Entrepreneur, co-founder Black & Abroad, Atlanta, U.S. Washington, DC native Eric Martin is the Co-Founder and Chief Creative Officer of Black & Abroad, an award-winning travel & lifestyle brand dedicated to enhancing the travel experiences for modern travelers of color. After seeing a need to restructure the international landscape for Black travelers, he founded the company in 2015 built on three key principles–explore, embrace, and empower. After achieving global success through the work of his company, Eric decided to set his sights on the continent of Africa. In 2019, he launched the world renowned “Go Back To Africa” project, a campaign designed to subvert the impact of the derogatory phrase and employ it to bring tourism dollars to the continent. In February of this year, he leaned into his creative direction with the launch of the Black Elevation Map, a 3X Cannes-Award winning destination map designed to disrupt the trillion dollar US travel industry in an effort to mobilize over 30,000 Black owned businesses and organizations. His efforts have also landed him on international stages like the United Nations, Facebook, The British Library, to features in publications like American Express, Black Enterprise, Ebony Magazine, Rolling Out, Travel Noire, Skift Magazine, and The Washington Post. Through the success of his company, Eric encourages others by sharing his insights on disruptive innovation at speaking engagements around the world. 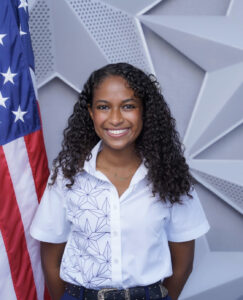 Fatma Elsayed is a Sudanese-American Junior at Yale University studying History and Modern Middle Eastern Studies with an Arabic certificate. Fatma previously served as a Youth Ambassador for the USA Pavilion at Expo 2020 Dubai where she represented Maryland and gave tours to distinguished guests in both Arabic and English. Fatma has media appearances in the Khaleej Times, Abu Dhabi TV, and Dubai TV for her work in Dubai, including her participation in the Youth Town Hall for the Biden Administration’s Summit for Democracy. As a passion project, Fatma also runs a newsletter named “Sudani Weekly” that shares the history of Sudanese music with recommendations for the diaspora and beyond to foster a love for Sudanese music history in the African and Arab community.